Over the weekend, those of us in Australia, Belgium, France, Canada the U.K (well, actually, most other allied countries as well

)  honoured the memory of our fallen troops with Remembrance Day on November 11. 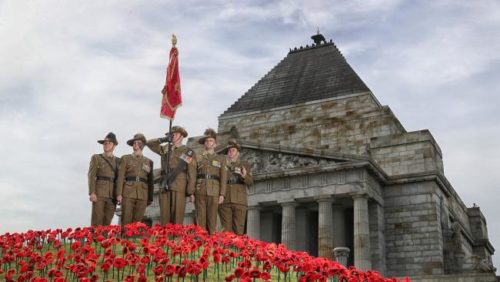 Remembrance Day is a wonderful tradition which began just after the end of the Great War.

On the first anniversary of the armistice in 1919 two minutes’ silence was instituted as part of the main commemorative ceremony at the new Cenotaph in London. The silence was proposed by Australian journalist Edward Honey, who was working in Fleet Street. At about the same time, a South African statesman made a similar proposal to the British Cabinet, which endorsed it. King George V personally requested all the people of the British Empire to suspend normal activities for two minutes on the hour of the armistice “which stayed the worldwide carnage of the four preceding years and marked the victory of Right and Freedom”. The two minutes’ silence was popularly adopted and it became a central feature of commemorations on Armistice Day. 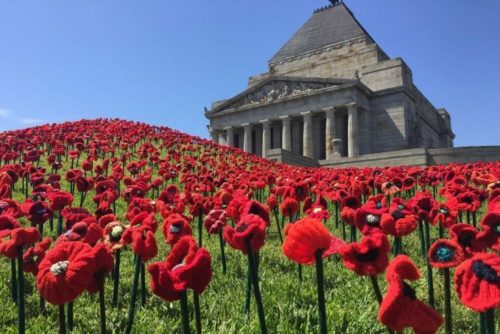 Each year on the 11th day of the 11th month at the 11th hour, a minutes silence is observed throughout the country… 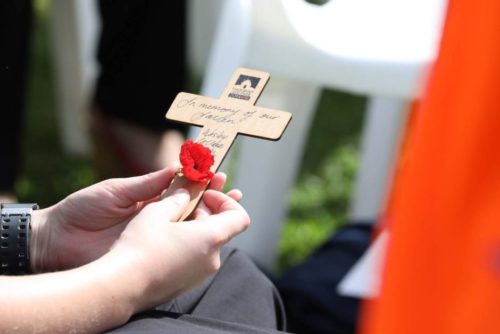 … and people respectfully bow their heads whilst remembering the brave souls who fought (and continue to do so!) for our freedom. 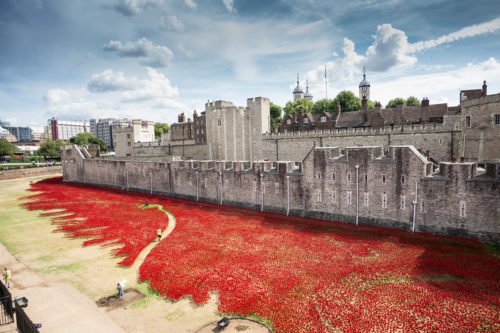 The Poppy has become the flower associated with our troops and …

… the reason poppies are used to remember those who have given their lives in battle is because they are the flower which grew on the battlefields after World War One ended. This is described in the famous World War One poem, In Flanders Fields.

Anyhoo, it’s a very moving day for all nations with the additional tug at my heart as I recall how much my sister, FEC, loved this flower and how her home was often filled with the blood red of the fragile poppy bloom. 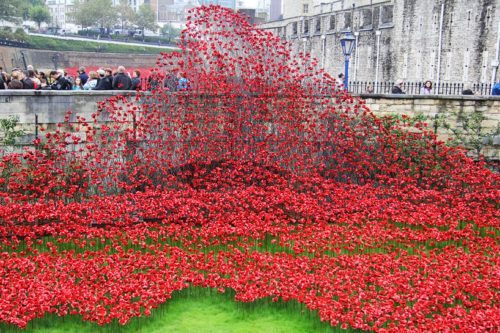